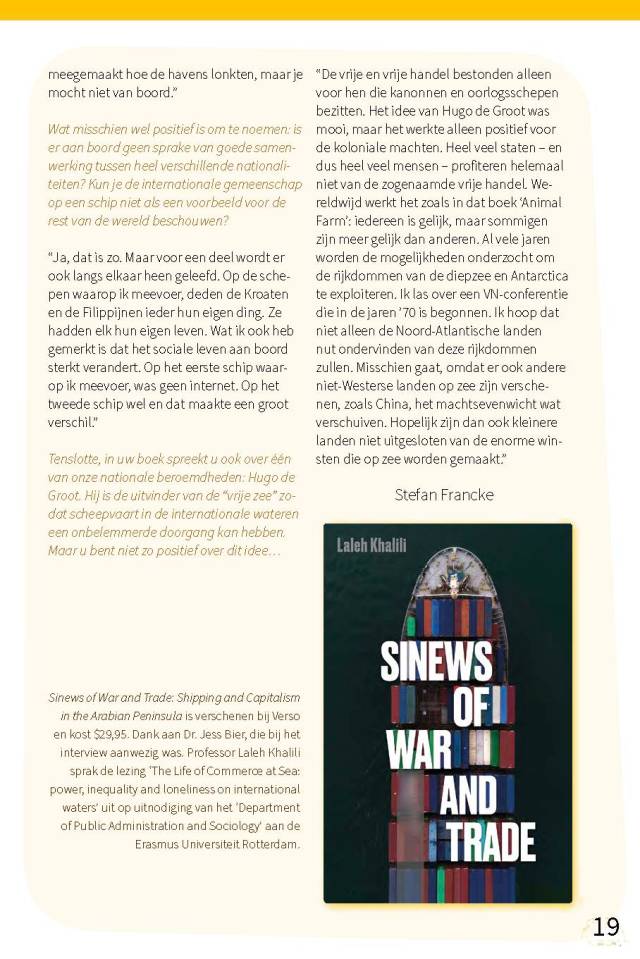 In January I gave a talk at the Erasmus university in Rotterdam. I was incredibly pleased that a lot of seafarers and people working with seafarers came to see it (and some were also critical of the talk – they mostly felt that I had not properly shown how incredibly proud of their skills and work they were). Among the people I met was someone who works with the Dutch mission to seafarers (a Christian group that provides services to seafarers on ports and whose presence in places where unions are banned is enormously important for the seafarers, though also complicated in other ways. I am hoping to write about this later).

Anyway, I interviewed with a reporter for Diepgang magazine, which is the Dutch mission’s magazine which is put on all the ships leaving Rotterdam. The interview with Diepgang can be downloaded as a PDF link here. I have also turned it into images for those who read Dutch (my face looks ENORMOUS in that picture; and I should have worn lipstick and a bit more makeup; oh well): 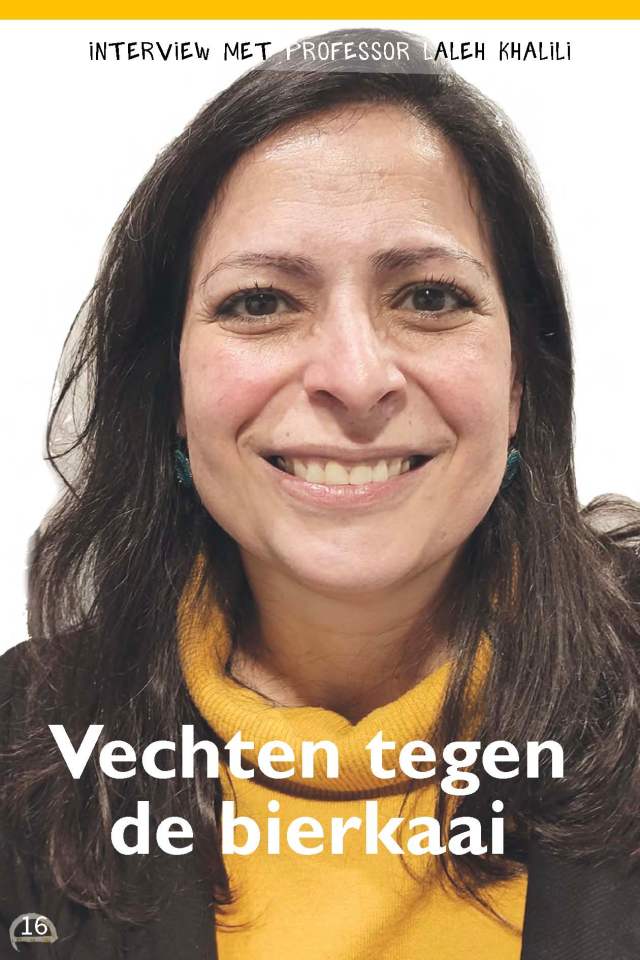